I came home to my New South contributor copies in the mail today!  The editors were kind to include in this issue a poem of mine called “Questing,” which has something to do with hemotophagy in general- ticks in particular- and the smoke dome that covers Missoula during fire season.

And isn’t this a fine-lookin’ lit mag?  Not even Beardog can resist its pages!  (Although she looks a little skeptical of my actual poem.) 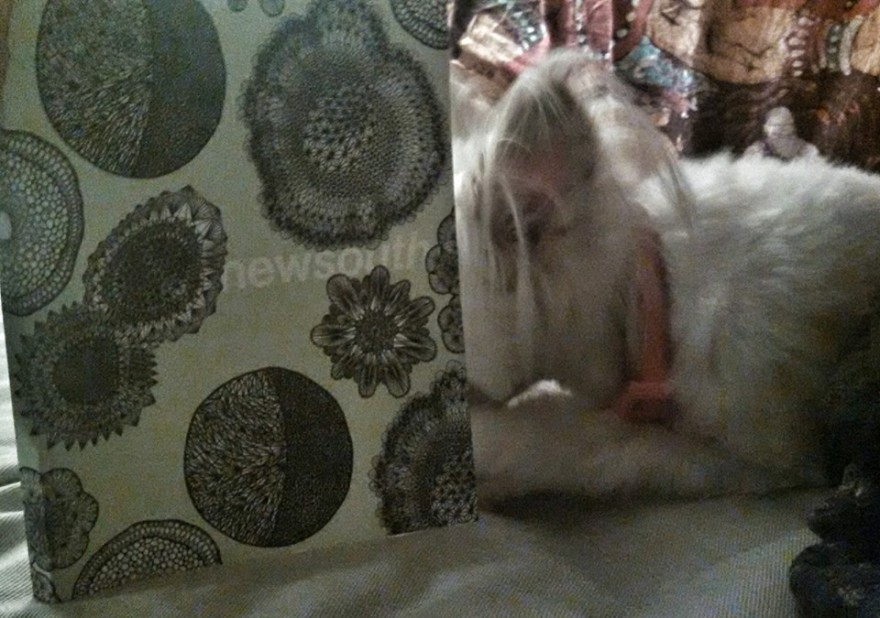 (Confession: I might have slipped some Pup-peroni behind the cover…)